Designing the mechanics for the EAGLE Detector System poses a challenge far from typical. When designing a detection setup, one usually starts from analysing the specific needs of a research topic. In the next step the mechanics of the system is designed and the most suitable detectors are chosen. In case of EAGLE the standard procedure is inverted. We have at our disposal detectors that were previously designed for use within different setups in various parts of Europe. Our goal is to construct from them a new spectrometer setup that would be able to address needs of various types of nuclear spectroscopy experiments. In addition, the neccesary configuration changes should be as easy as possible.
The equipment we have, or at least expect to have at disposal, includes: 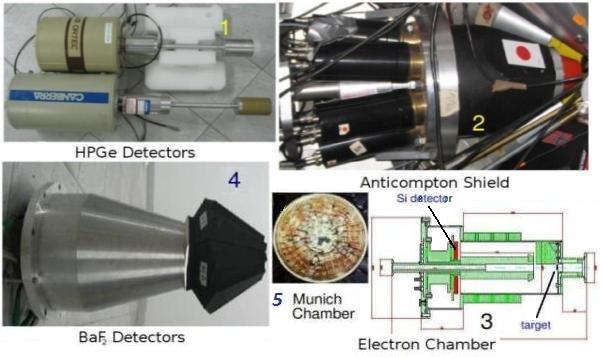 In order to be able to use the multiplicity filter the construction has to be based on truncated icosahedron. 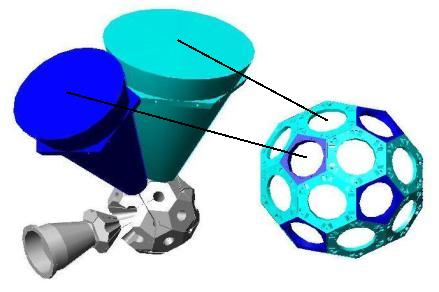 The solid consists of twenty regular hexagons and twelve regular pentagons. When twelve modules of multiplicity filter are put together into a sphere, the aluminium frames holding the filter cristals create the structure of truncated icosahedron. Inscribing circles into pentagons and creating cones with vertexes located in the center of polyhedron creates a structure in which holding elements of the filter can be fitted.

The space between pentagons is still available and this is where germanium detectors can be positioned. Twenty hexagons would be used to fill this space and hold them. This is the most feasible design and therefore it was chosen for the EAGLE project. We took into consideration an alternative design of positioning sixty eight hexagons between twelve pentagons, but the size and quantity of available detectors favored the construction based on truncated icosahedron. Construction of all elements of the solid allows different kinds of detectors to be fitted in. For example both Germanium detectors and elements of multiplicity filter can be placed in pentagons. Hexagons can only accomodate germanium detectors, though.

Our Germanium detectors have different dewars and lenght of criostats. Therefore polygons must be equipped with adequate guides allowing for fitting in detectors with different criostat lenghts. 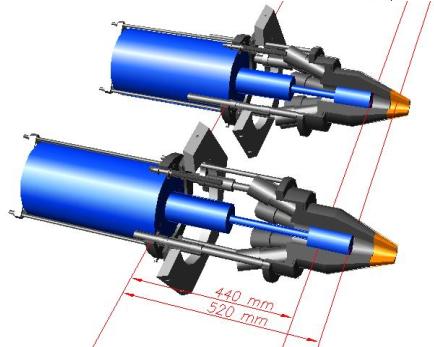 Adjustments of distance between a detector and the centre of sphere are also possible. 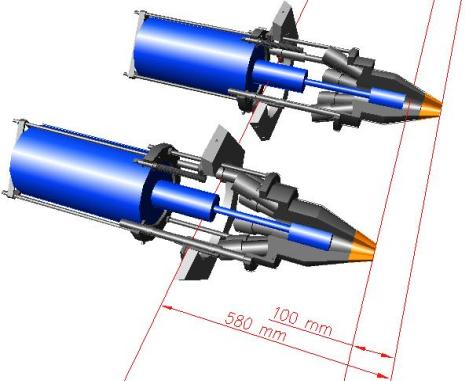 As we applied for 20 phase-I detectors, new guide system was designed. 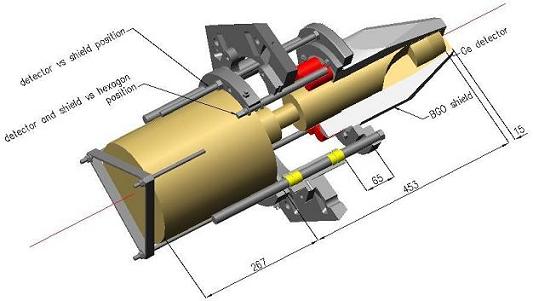 We have decided that most feasible solution would be to draw the beam through two pentagons of polyhedron. To provide access to the target chamber, the setup would be dividable into two identical parts that can be drawn aside so that the angle between the beam direction and the pulling-out direction will be 79 degrees. 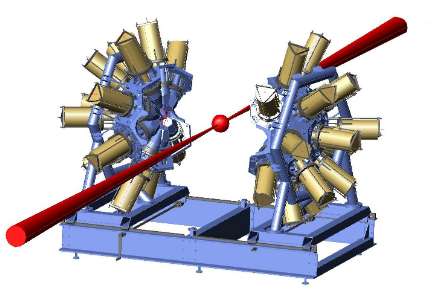 Two setup configurations have been identified and optimised to suit different types of experiments.